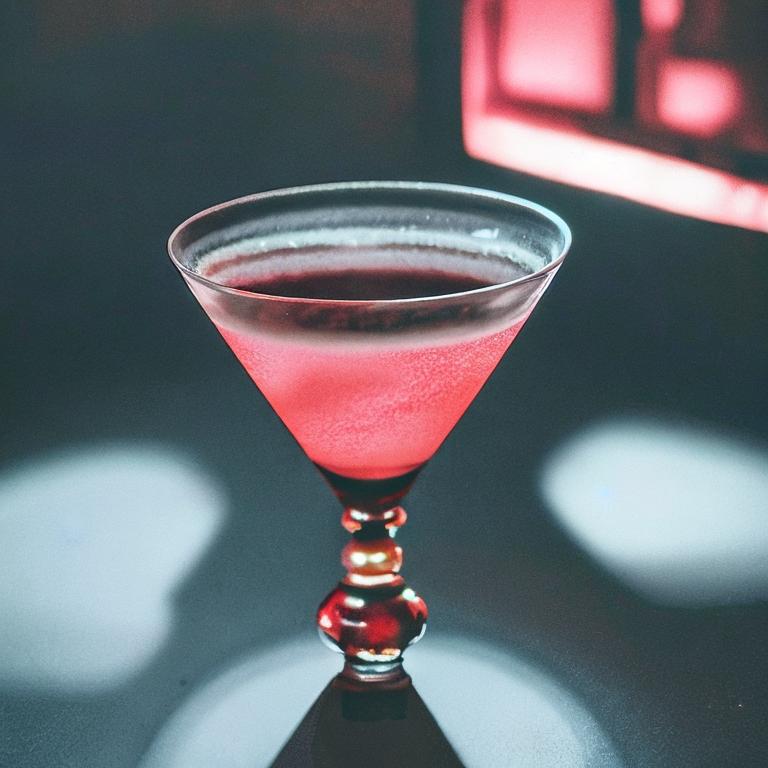 This cocktail is meant to embody the theme of light and dark within the self. The lavender and honey create a soothing, calming base, while the absinthe and black pepper add a sense of conflict and dichotomy to the flavors. The garnish of a blackberry adds a visual representation of the light and dark.

When trying the “ /ˈne͜o.wol.nes/” cocktail for the first time, the drinker can expect a unique and complex experience. Upon first sip, the floral and sweet notes from the lavender syrup and honey syrup are immediately noticeable, creating a calming and soothing sensation in the mouth. The gin adds a nice balance to the sweetness, giving the cocktail a nice complexity.

As the drinker continues to sip, the lime juice adds a nice citrusy note that refreshes the palate. The absinthe provides a distinctive anise and wormwood flavor, which gives an interesting depth to the cocktail, this flavor might be a bit overwhelming for some drinkers. The black pepper tincture adds a subtle spiciness that gives a nice contrast to the sweetness of the lavender and honey, this might be a pleasant surprise for some drinkers.

The garnish of a blackberry adds a visually representation of the light and dark, while also giving a subtle sweetness to the drink. The drinker will feel like the drink is progressing through different textures, from a flowing, meditative opening to a more chaotic and sublime ending, much like the music that inspired it.

Overall, this cocktail is a well-balanced blend of flavors that evokes the theme of the spiritual essence of light and dark within the self.

I was inspired by the theme of light and dark within the self in the track “ /ˈne͜o.wol.nes/”. I wanted to create a cocktail that embodied this spiritual essence and reflected the progression of different textures in the music.

I began by thinking about the different flavors and ingredients that could represent the flowing, meditative opening of the track. I decided to use ingredients like lavender and honey to create a soothing, calming base for the cocktail.

As the track progressed to a more chaotic and sublime ending, I wanted the cocktail to reflect this change. I added ingredients like absinthe and black pepper to create a sense of conflict and dichotomy in the flavors.

Finally, I combined all the ingredients and garnished the cocktail with a blackberry, to represent the darker side of the track and to give it a visual representation of the light and dark.

I named my creation “/ˈne͜o.wol.nes/” to evoke the same sense of spiritual essence as the music it was inspired by.

The “ /ˈne͜o.wol.nes/” cocktail is similar to several other classic cocktails in terms of its ingredients and preparation methods. The use of gin, honey syrup, and lime juice is reminiscent of the classic gin sour. The use of absinthe is similar to the Sazerac cocktail, which also uses absinthe as a rinse. The lavender syrup and black pepper tincture are unique ingredients that add a unique twist to the cocktail.

What makes the “ /ˈne͜o.wol.nes/” unique is its combination of flavors and its inspiration from the spiritual essence of light and dark within the self. The combination of floral and sweet notes from lavender syrup, honey syrup and a subtle spiciness from black pepper, paired with the unique flavor of absinthe and the citrusy note from lime juice creates a complex and unique taste experience. The visual representation of the light and dark with the blackberry garnish also adds to the uniqueness of the cocktail.

Additionally, the inspiration of the music also sets this cocktail apart from others, as it is designed to reflect the progression of different textures in the music, which is not something commonly found in other cocktails. This makes the “ /ˈne͜o.wol.nes/” a unique and interesting choice for those looking for something different and special to experience.